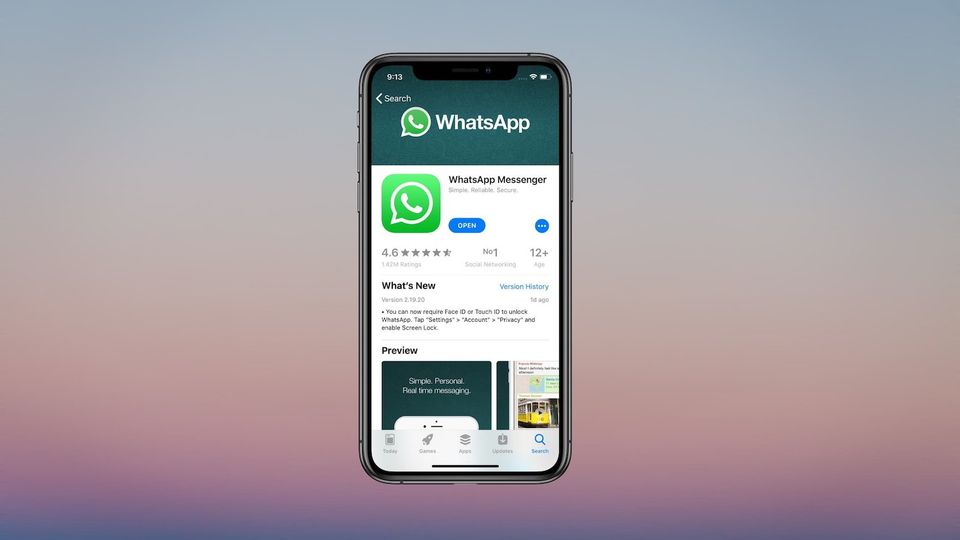 While I love my iPhone to death, I cannot deny that there are features available on my secondary Android device which I will pay money to get on iOS. One of those features and probably the most important is the ability to lock apps using biometric authentication. There’s no doubt that iOS is a more secure mobile platform than Android. However, once you unlock your iPhone and hand it over to a friend or family member, they have access to your entire life.

No matter how private you are, sometimes you cannot say no to the person asking for your phone and that’s where app lock feature comes in handy. Since Apple doesn’t include a native app lock system, it can only works if your app developer supports it. With the latest 2.19.20 update, WhatsApp now allows you to lock your chat using the biometric authentication system on your iPhone. In this article, we will show you how you can lock WhatsApp on iPhone to safeguard your chats:

It’s simple to enable Face ID or Touch ID lock on WhatsApp. Just follow the steps below and you will be done in no time.

3. You should see a new option called “Screen Lock” at the bottom. Tap on it and then select after how much time you want the app to lock after use it.

4. Now, open WhatsApp and it should ask permission to use “Face ID” or “Touch ID” depending on your iPhone. Tap on “OK” to enable screen lock.

You are all set now. The app will now require you to authenticate with Face ID before you can open to see the chat. Even after you enable the lock, you will be able to reply from notifications and answer incoming voice or video calls so you are not missing out on any feature.

Because of the iOS 11 fiasco, Apple pushed many features planned for iOS 12 to iOS 13 while it focused on performance improvements. So, I still hope that features like app lock, dark mode, a true file system, and more will come to our iOS devices. However, till that happens, we depend on developers like WhatsApp to access some of these features. Make no mistake, WhatsApp is not the first app to use this feature, in fact, most of the finance apps including PayPal and your bank’s app uses Face ID or Touch ID to safeguard your data.

That said, as far as I know, WhatsApp is the biggest iOS app to introduce this feature till now so I hope that this will encourage other developers and hopefully Apple to make this feature available natively for all apps. I also wish that the news of Facebook merging its Facebook Messenger with WhatsApp is false as I don’t wish the app to become another privacy disaster. But that’s my thoughts, how do you feel about this new development? Let us know in the comments section below.