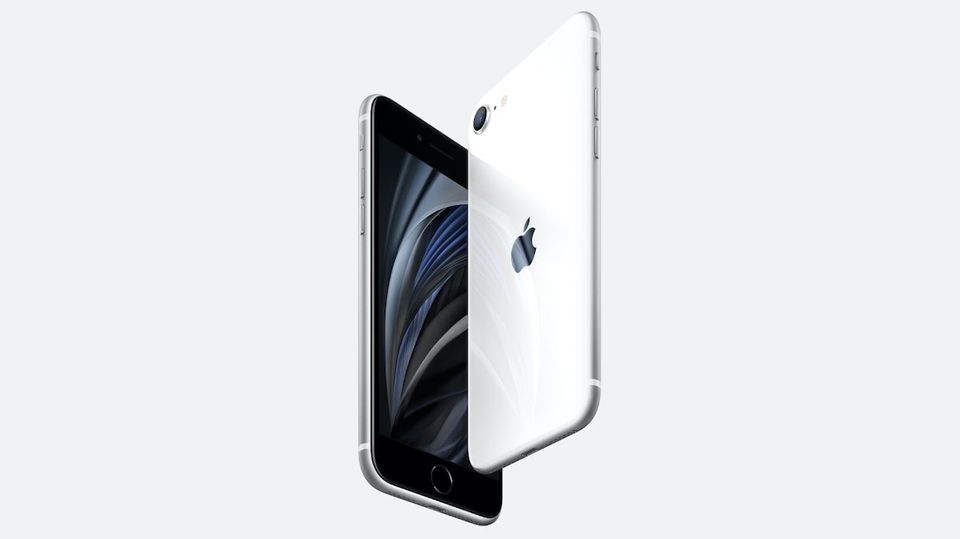 iPhone SE 2020 is a game-changer for the smartphone industry. Apple has released a phone that will shake the foundation of smartphone pricing that had built itself on top of the release of iPhone X back in 2017. I believe, iPhone SE is the most important smartphone launch of 2020 for consumers, and we will see its effect ripple out in the coming months.

A Brief History of iPhone Pricing

It was Apple who made $999 price tag for smartphones a norm, when it launched the iPhone X and continued it with iPhone XS, and iPhone 11 Pro. The phones cost even more if you consider the bigger models or the higher storage options. It was Apple who cast the first stone to breach the unspoken bond that said, “smartphone should never cost a thousand dollars”.

From the days of the original MacBook Air, the $999 price point always had an enigma to it. It’s a price that is considered affordable when we are talking about laptops. This was the entry price that one had to pay to enter the MacBook ecosystem and yet it felt affordable. That’s why there was so much disappointment when the refreshed MacBook Air launched at $11991, despite it being much better than its predecessor (albeit with a worse keyboard).

Over the years, we became accustomed to this price. It was an unofficial demarcation point between the world of phones & tablets and desktop computers. Apple changed that when it launched the iPhone X. Soon the entire industry followed, and thousand-dollar smartphones became a norm. If you wanted to buy a flagship, you had to shell out a thousand dollars.

The Effects of a Thousand Dollar iPhone

The launch of the iPhone X and its successors was bad for consumers. Since the entire smartphone flagship market including Samsung, Huawei, and more followed suit, people who were able to afford flagships a few years back suddenly could not afford them. They had to settle for mid-range phones. And while there were and are several good options in the mid-range category, you had to make several compromises. In the sub-$600 category, you either got a good processor or a good camera. Never both.

Take OnePlus for example. OnePlus, a popular Android OEM marketed itself as a “flagship killer” in the past. The company used to price its phones at around $500. Now, just a few days back, the same company launched two phones costing $699 and $899. I am not saying, it happened all because of Apple. But it is surely a part of the equation. By moving from a price range of $600-$750 to $999 and above, Apple left the field open for others to play.

And smartphone makers clamored up to fill the void. To justify their higher price tags, companies started incorporating gimmicks into their flagship and mid-range models. Whether it's the Soli radar sensor on Pixel 4 or pop-up camera housing in other smartphones, gimmicks were included to jack up the price. The phones also became bigger as if to showcase why you needed to pay a $1000.

We were happy in the world where the price was dictated by features and not the other way around.

Not all changes were gimmicks, and we saw some genuine improvements. The biggest beneficiary being the camera. The triple-sensor cameras of iPhone 11 Pro and Pro Max have redefined iPhone photography. But we have to ask. Were these improvements enough to justify the higher price tag? And even if they were, not everyone needs those features. Most users want a powerful smartphone that will last them a few years, take good photos, and has full-day battery life. We were happy in the world where the price was dictated by features and not the other way around.

Why the iPhone SE (2020) Launch is Important

That is why the launch of the iPhone SE 2nd generation is so important. The iPhone SE 2020 allows consumers to get the latest and most powerful mobile processor, Apple’s A13 bionic chipset, for less than half the price. You are also getting a capable camera, full-day battery life, compact form factor, and all the latest technologies including WiFi 6, Bluetooth 5.0, Gigabit-class LTE, Express Cards with power reserve, and more. It even brings the IP67 dust and water resistance, something unheard of at this price range.

The storage starts at 64GB and there’s 3 GB RAM. Heavy users can upgrade to 128GB for $50 more, an option that is not available in the flagship iPhone 11 Pro and Pro Max. No Android smartphone can match the power, performance, and features of iPhone SE 2020 in the same price range. Maybe they beat it in one or two categories (display being the main), but when you compare the overall package, iPhone SE 2 beats them hands down.

iPhone SE (2020) shows that one doesn’t have to pay a thousand dollars or more to buy a capable smartphone. They don’t have to pay for the features they never asked for. I don’t need the fancy Face ID when Touch ID is just working fine for me. And yes I am not getting the latest and greatest that technology has to offer, but I am also not paying a thousand dollars.

The $399 price-tag of iPhone SE will force other smartphone manufacturers, the likes of Samsung, Google, Huawei, and more, to rethink their pricing strategy, and that is of the highest significance.

I hate big phones, and I am not the only one. There are hundreds of thousands of iPhone users who have not upgraded their phones as they like the small form factor. They want a phone they can use with one hand and one that fits in their pocket without sticking out like an iceberg. iPhone SE is the phone for those users. I understand that it doesn’t keep the size of the original iPhone SE, but the 4.7-inch screen size is not too big and people will get used to it. I don’t think Apple would have been able to fit everything into the original iPhone SE’s size, anyway. And I believe that people are willing to trade an inch for powerful processor, enhanced cameras, and longevity.

iPhone SE - A Great Place to Build Your Ecosystem

So, if I had an option to choose between iPhone 11 Pro and the full set of iPhone SE (2020), Apple Watch Series 5, and AirPods, I will gladly choose the latter option. And I am sure many people will agree with me. For me, the combined benefits of iPhone, AirPods, and Apple Watch weigh way more than getting the flagship iPhone.

Those are the reasons I believe that iPhone SE 2 is a game-changer. It changes the pricing paradigm of an industry, that for the past few years, has been forcing users to pay absurd amounts of money for features they don’t need or use. It’s also great for users who have been waiting for a powerful small phone that doesn’t make sacrifices. What are your thoughts? Let me know in the comments below.