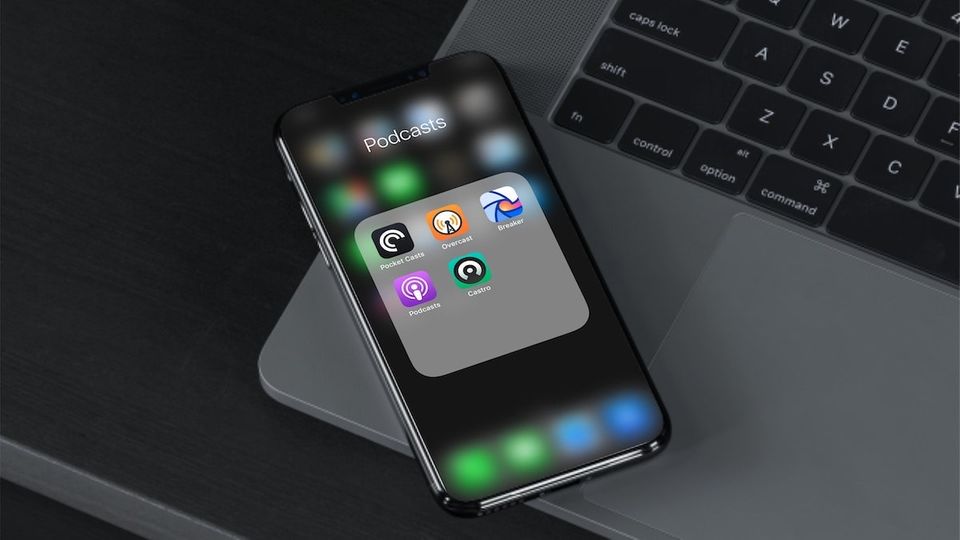 Just a few years ago, podcasting used to be a niche market. However, that is not the case anymore. With the rising popularity of some excellent podcasts, people have realized that it is one of the best ways to entertain yourself in times where nothing else will work. I myself listen to podcasts all the time whether I am doing household chores, commuting to my job, or doing anything else which requires my attention in such a way that I cannot do anything else. For me, podcasts have become my favorite time pass activities just after books.

With the rising popularity of podcasting also came new shows. Every month sees the release of thousands of new podcasts with older ones releasing new episodes. If we go by stats, there are over 500,000 podcasts which have cumulatively produced over 18 million episodes. As you can see, there is a large pool of content to choose from and it’s not easy to manage your subscriptions if you follow a lot of shows. That’s why, in this article, I am going to tell you about the 5 best podcast apps for iPhone and iPad which will not help you manage your podcast subscriptions but will also enhance your listening experience.

Before we take a look at any third-party apps, let us first talk about the native Podcasts app which comes by default on your iPhones and iPads. Despite lacking in many features, the Apple Podcasts App is enough for users who don’t subscribe to a large number of podcasts. The biggest benefit of using the Apple Podcasts app is that it works so well with other Apple products. If you own an Apple Watch or an Apple HomePod, using Siri to play your favorite podcasts is so much simpler than when you are using other podcasting apps.

With improvements coming with watchOS 5 and Siri Shortcuts in iOS 12, I am hopeful that third-party podcasting apps will gain more power. However, currently, Siri only works with the Apple Podcasts app which makes this the default app for anyone who uses Apple’s voice assistant.

Siri integration advantage aside, Apple Podcasts app severely lacks in features which makes it tough to recommend it to power users. For starters, Apple Podcasts app doesn’t allow users to create playlists which is a feature I cannot live without. There is no trim silence feature which is probably the most important feature a podcast app should have as it saves a lot of time.

Also, even the speed up feature is of no use as it moves in the increments of 0.5x (0.5x, 1x, 1.5x, 2x), which effectively forces you to listen to podcasts on default 1x speed as the 1.5x speed is too fast for normal listeners. I won’t deny that Apple has improved matters with new updates, however, the app still needs much work before it can be used by pro users.

Castro has been one of my most favorite podcast players for a long time. Just recently, the app received a huge update, which apart from bringing a complete overhaul, also made this app a subscription-based service. I have already shared my thoughts on the app and its new pricing model in the Castro 3 review article, so I won’t dwell much on it here. I will give you a few pointers as to why I find this app so fascinating.

My favorite feature of Castro 3 is the way it handles my subscriptions. Unlike all the other podcasts app that you will find on this list or on the App Store, Castro 3 brings a unique approach to managing subscriptions. Castro uses four different tabs which are Queue, Inbox, Archive, and Discover to help you neatly organize your subscriptions. Discover is where you find and subscribe to new podcasts while Archive houses all the episodes you have listened to and the list of your subscribed podcasts.

The real magic happens in the first two tabs which are the Queue and the Inbox. By default, all the new episodes released by your subscribed podcasts end up in your Inbox. From here, you can use a combination of buttons and drag and drop actions to transfer those episodes to either Queue or Archive. Queue is where you send episodes to listen to while Archive is for episodes you skip.

This is a very intuitive method to manage your podcasts as you don’t have to go looking for new releases by looking at counters and opening podcasts which is what you have to do in other apps. Other good features of this app include smart speed, the ability to remove silences, chapter support and chapter playback with pre-selection, iCloud Drive Side loading, mix to mono, and more. Do note that some of these features fall into the paid subscription, so you will have to pay to enjoy these features. I really love Castro 3 and I think you should definitely take it out for a spin.

I have been using Pocket Casts for longer than I can remember and it is my favorite podcasting app. I have been switching between Castro 3 and Pocket Casts since the last couple of years and I still don’t know which is better. On one hand, Castro 3’s power of triaging through episodes is something I don’t want to give up, while on the other hand, the cross-platform functionality of Pocket Casts is hard to let go.

I don’t think I have shared this on the website, but I do use an Android phone as a secondary phone, and the ability to sync podcast progress between my Android and iOS devices is a boon. Pocket Casts even feature a web app which allows me to listen to podcasts while I am on my Mac. I also love that even my web activities are synced across devices.

You should note that the ability to sync your progress across devices costs extra than the app’s initial price, which I am happy to pay for, seeing how easy it makes my life. Pocket Casts also bring all the other features which you come to expect from a pro podcasting app including smart speed, the ability to trim silences, playlists support, volume boost, and more. Pocket Casts builds on top of these features by bringing some of its own.

My favorite is the ability to create episode filters, which comes in very handy once you have subscribed to as many podcasts as I do. It also brings a dark mode and a set of app icons which you can change. While either of these features is not necessary, they are certainly appreciated. I love Pocket Casts and highly recommend this to anyone who wants to enjoy its cross-platform ability.

Breaker is a full-featured podcast app which brings social media elements to podcasting. While I am not necessarily a fan of that, many people have been clamoring for such a service and it’s here. Breaker allows users to create a profile and then like and comment on podcast episodes. If your friends are also on Breaker, you can follow them and see what they are listening to and vice versa.

One of the good things about the social media elements is that seeing your past liking and commenting behavior, Breaker can recommend you similar podcasts which you might not have discovered otherwise. The app also shows the number of subscribers for a podcast and the number of times individual podcast episodes have been downloaded.

Apart from the social features discussed above, Breaker also brings normal features which are required from a pro podcast app. You can change playback speed, trim silences, setup sleep timer, and more. That said, there are some missing features as well, such as the ability to create playlists, boosting podcast sound, dark mode, and more.

The thing that I personally don’t like about breaker is its user interface. The UI is highly functional but feels a lot more crowded. But that is my personal opinion. Since the app is completely free to download and use and there are no ads, I think you should download the app and see for yourself.

As the title suggests, Overcast is the most popular podcast player on iOS. Whenever you talk about podcast players on iOS or search for it on the web, Overcast’s name is sure to come up. And while I don’t think its better than Pocket Casts, I also don’t deny that it is a capable app. Its developer Marco Arment has given this app a personality of its own which makes it more interesting to use.

Let’s talk about the features first. Just like Pocket Casts and Castro, Overcast brings features like smart speed, silence trimming, voice boost and more. Overcasts’ smart speed is one of the best implementations of the feature I have seen in any podcast app and it is right up there with Pocket Casts. What I mean is that even after using smart speed and trim silence feature, the podcasts never sound unnatural.

Another big feature of Overcast is the ability to create playlists. Overcasts features the most robust playlist and smart playlist features I have seen in any podcasting app. I also love the discovery feature on Overcast as it’s better than most other apps. Overcast is free to download with ads while there is a yearly subscription to block ads and reveal some new features. Overcasts has not become popular without any rhyme and reason, and while I still prefer Castro 3 or Pocket Casts over Overcasts, you should definitely download the app and see if it is for you or not.

Use These Podcast Apps to Get Your Podcast Fill

While there are tons of other podcast apps on App Store, these five should serve the needs of most of our readers. If you want to share your favorite podcast app for iPads and iPhones with us, drop its name and link down in the comments section. Also, let us know which of these five apps you prefer and why. I have already told my favorite podcast app and would love to read your responses.