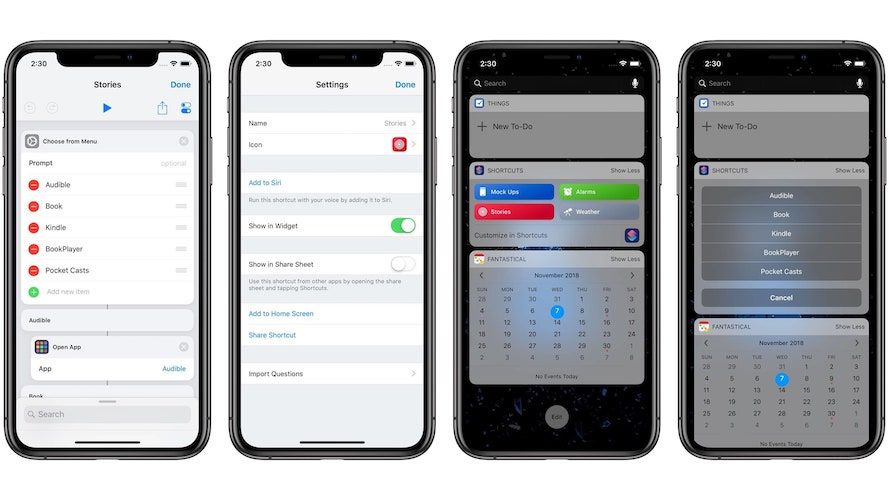 As you might know, we have started a new series of articles on Shortcuts where we try to teach you how to create shortcuts to automate tasks on your iPhone and iPad. This is the third article in the series and this is a small but nifty one. Most of us organize our apps by priory or in folders because these two are basically the way Apple allows us to organize our home screens on iOS devices. But, with the launch of the new Shortcuts app, users can now create simple app launchers which allow them to create shortcuts which can launch multiple apps. In this article, I am going to teach you how you can create a simple app launcher shortcut to get easy and fast access to your apps:

Creating a Shortcut to Launch Apps

Using a shortcut to launch apps is pretty nifty as it just takes you two taps to launch your favorite apps and you don’t have to spend time searching for them. For my personal use, I have created a simple “Stories” shortcut which allows me to launch any of the five apps that I normally use for listening to or reading stories and novels. Here are the apps that I launch using this shortcut:

Normally, these apps tend to live on the second or third page of the home screen inside a single folder. However, with the new Shortcut I have created, I can access them directly from the widget panel. The best part is that you can create such shortcuts for any number of apps. So let’s see how we can create this shortcut, shall we?

If you have read our last article on Shortcuts, you will know how you can navigate the Shortcuts’ app interface. If you have not done so, I suggest that you click on this link to get yourself up to date as it will help you follow this tutorial far more easily:

Congratulation, you have created your app launcher shortcut. The best place to launch this shortcut is from the Shortcuts widget. You might also want to customize this shortcut to rename it and add an icon. Again, read the second post of this series where I have explained everything. I wrote that article so I don’t have to explain the basics every time. Here is how my personal “Stories” shortcut looks when launching from the widget.

Now, let’s talk a little bit about the step six, specifically why we needed to drag and drop each Open App action below the menu items. Shortcuts is a linear app which executes actions from top to bottom. So, when you run your launch app shortcut, the first action it executes is the “Choose from Menu” action which gives us our prompt. Depending on the Menu item you interact with, it will only execute the action associated with it.

That’s why, when I tap on Audible, it only opens Audible as that’s the only action associated with it. The “Choose from Menu” action is powerful and can be used in a variety of ways. We will see it can help us more and more as start learning to create more complex shortcuts. Till then, I hope that you enjoyed this small tutorial.

I hope that you enjoyed this tutorial. If you have any problems, you can use the comment section and we will respond to all your queries. If you are following this series on Shortcuts, I would like to think that by now you must be familiar with the basics. So, in the next article, we will try to create a little more complex shortcut which will also be more useful.